Gender Representation in Film and TV

How are women and men portrayed in television and cinema? In which social roles and contexts are they shown? How often are they visible on screen? This study provides a comprehensive review of the status quo.

The MaLisa Foundation has initiated a broad partnership between television broadcasters and film funding boards for its study "Audiovisual Diversity? Gender representation in German film and television". For the first time, the four major German TV groups (ARD, ZDF, RTL Deutschland Media Group and ProSiebenSat1), the Film-und Medienstiftung NRW, the German Federal Film Board (FFA) and the FilmFernsehFonds Bayern have joined forces to sponsor a research study which deals with this subject across all networks.

The study is based on a detailed analysis of over 3500 hours of television programs from 2016 and over 800 German language cinema films from the past six years.

This study provides a comprehensive picture of the current situation on our screens. It analyses how often and in which roles women and men appear in fictional productions, in entertainment and in journalistic articles or documentaries. In addition to the gender, other factors such as age or migration background were examined.

The last study of gender representation in television was published in the mid-1990s; the last data about children's television is over 10 years old. There is no comprehensive data available with regard to German film.

The study was conducted by the Institute for Media Research at the University of Rostock, under the leadership of Prof. Dr. Elizabeth Prommer. The following summary of the study's results were presented on July 12th 2017, during a press conference at the Academy of Arts in Berlin. 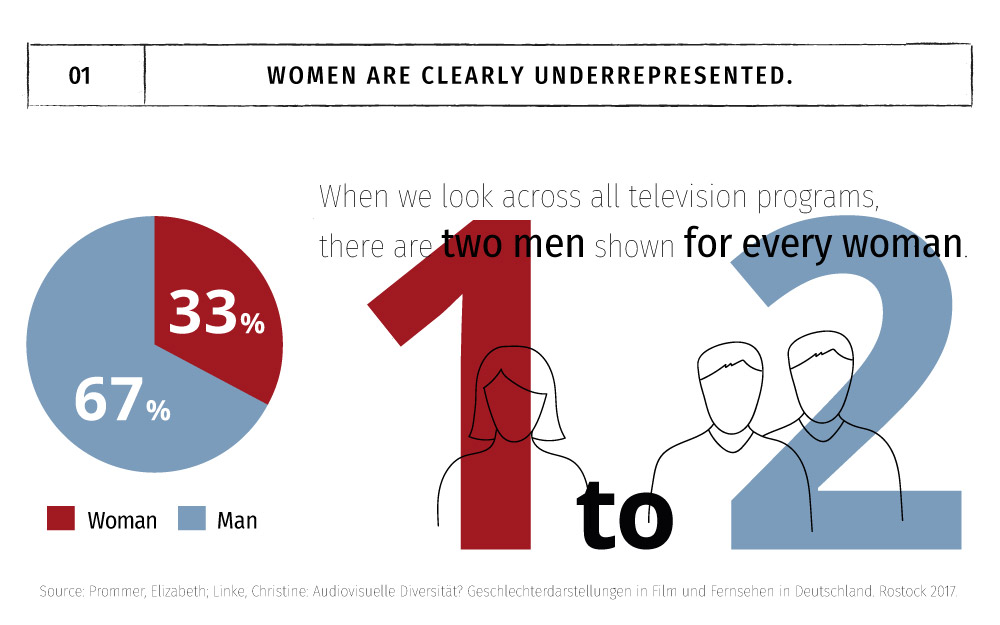 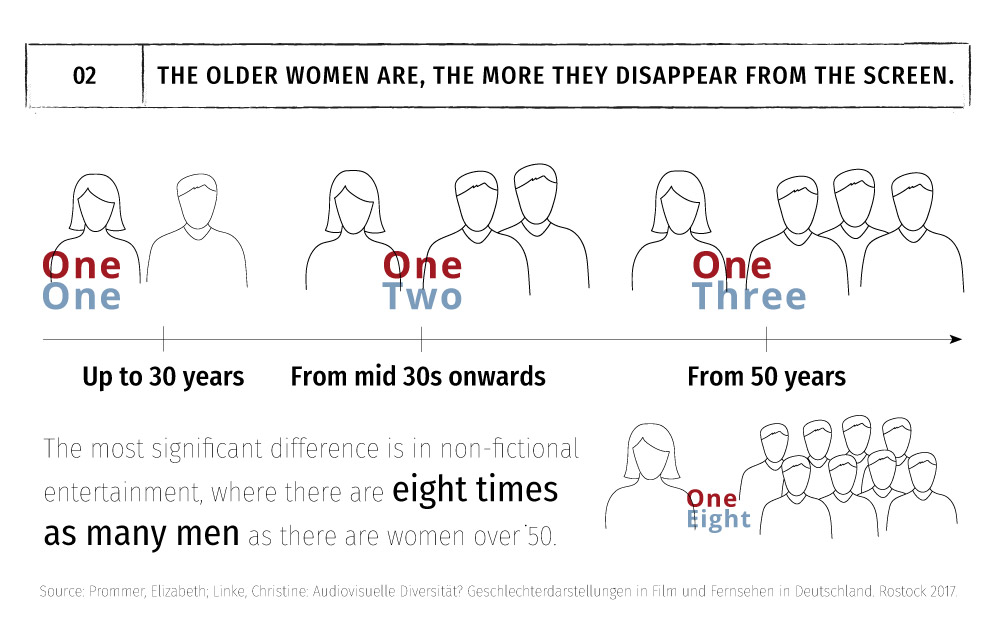 2. If women are portrayed, then they are shown as young women. From the age of 30 onwards, women disappear successively from our screens. This applies to all broadcasters and across all formats and genres. 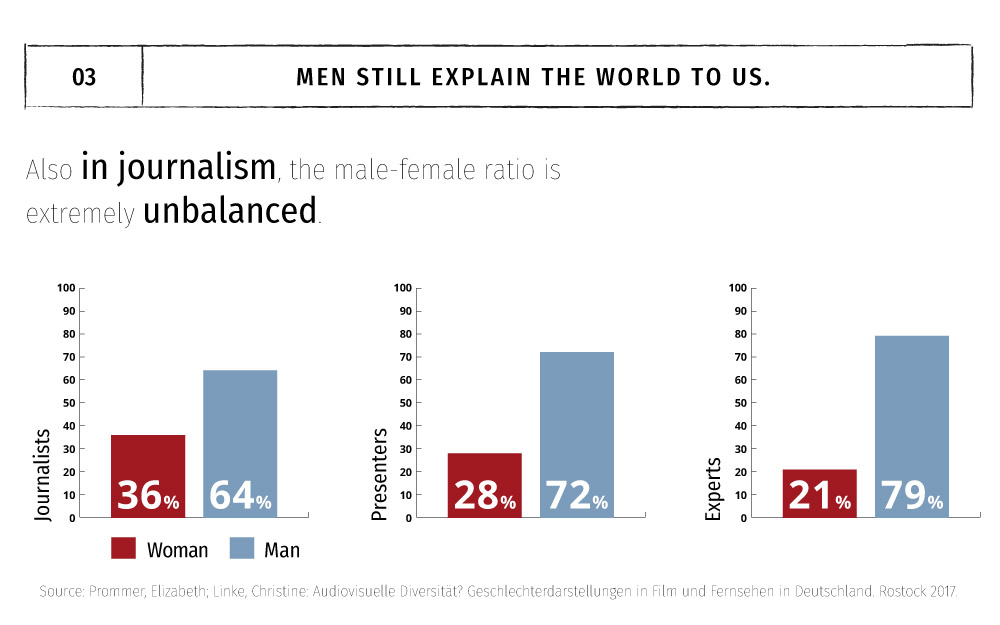 3. Men explain the world to us: they are the experts, the game show hosts, journalists and narrators. 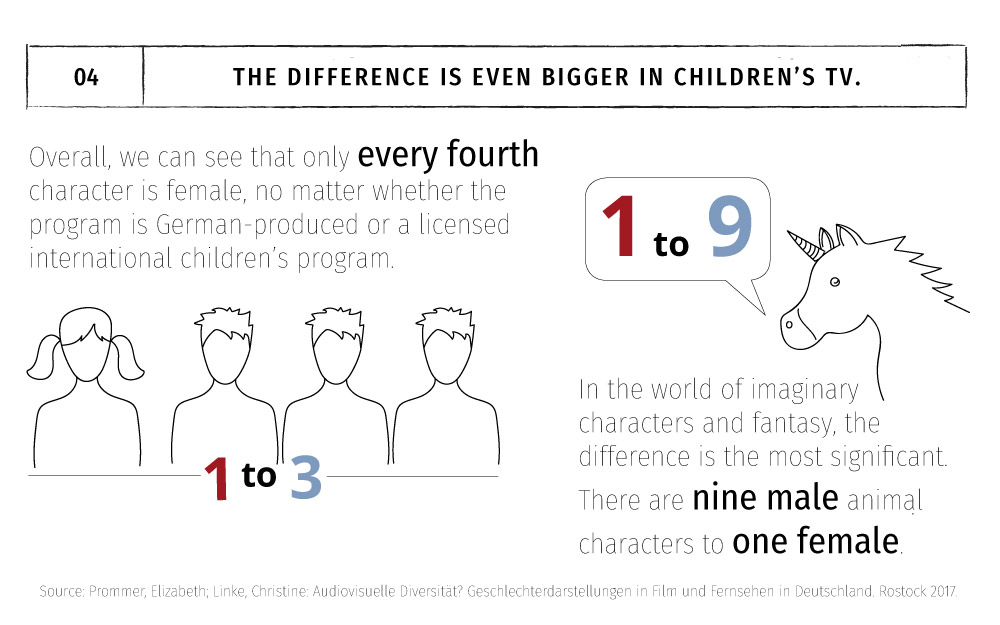 4. The future is equal? Not if we look at children's television 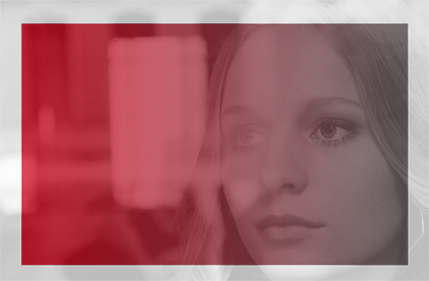 Gender Representation in Film and TV

LONG VERSION OF THE STUDY (PUBLISHING INFORMATION IN GERMAN)