Media shape our perception of reality and thus have a special responsibility. This is all the more true for an urgent societal issue such as gender-based violence. However, little research has been done in Germany on how audiovisual media present this subject. A study funded by the MaLisa Foundation and UFA GmbH provides the first representative overview of German TV programming.

The figures on gender-based violence, which predominantly affects women and girls, are alarming: every third woman in Germany has already experienced physical and/or sexualised violence, more than half have been sexually harassed, every third day a woman is killed by her (ex-)partner. Nevertheless, the topic has not yet received adequate attention in society and politics. Media can play an important role in this context. However, the question of how the media in Germany treats the issue of gender-based violence has received little attention until now. Especially for German television, there has been no representative data so far.

Against this background, the MaLisa Foundation and UFA GmbH initiated and funded the study "Gender-based violence on German television. A Media Content Analysis". The study was also made possible by the support of the author and director Anika Decker, as well as the prize money of the Soroptimist International Germany Award, which the foundation received in 2020.

The results provide for the first time a comprehensive qualitative evaluation of the portrayal of gender-based violence on German television. The study was conducted by Prof. Dr. Christine Linke and Ruth Kasdorf M.A. and is a collaboration between the University of Applied Sciences Wismar and the University of Rostock. A representative sample of the programmes of eight TV stations (Das Erste, ZDF, RTL, RTL2, Vox, ProSieben, SAT1 and Kabel Eins) broadcasted in 2020 between 6 and 10 pm was analysed. A total of over 450 hours of material was evaluated.

How the media report on violence against women, the context in which they portray it, the ideas and  images – in particular with regard to gender roles – they convey, influences society's perception of violence against women, its consequences and the possibilities to counter it. Against this background, media portrayal can contribute to preventing and overcoming gender-based violence or or obstruct it. Since one in three women aged 15 and older in Germany has already experienced violence, it is likely that a corresponding proportion of both the female audience and the female media professionals involved in productions have themselves experienced violence.

The results of the study make it clear that a more conscious approach to the topic and to the portrayal of gender-based violence and its effects is necessary. This requires sound expert knowledge on the topic and an awareness of the possible effects of media portrayals on (potential) victims/survivors. The involvement of experts in the development phase of programmes, as well as anchoring the issue in the training for media professions - for example in journalism schools and film schools - can play an important role in this context and have a lasting effect. Existing approaches and tools can be used and implemented. Guidelines or other specific tools can also be developed for the areas of fiction and entertainment. 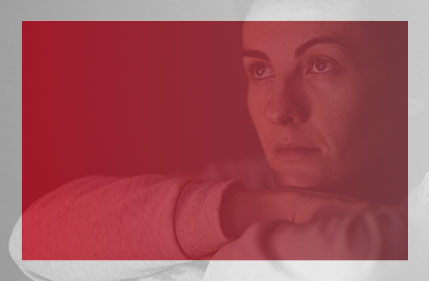 PRESS RELEASE ON THE STUDY