VISIBILITY AND DIVERSITY IN TV

Four years after the first comprehensive study on audiovisual diversity in film and television, the MaLisa Foundation, together with its partner organizations, initiated a followup study. What has changed with regard to gender justice, as well as with regard to the visibility and representation of the diversity aspects of ‘migration background’/ethnic attribution, sexual orientation and disability? The partial results for the field of television have now been published. They show both positive developments and a need for further action.

The results of the Rostock University study published in 2017, "Audiovisual Diversity? Gender representation in German film and television", showed a drastic imbalance: Women appeared significantly less often than men, mostly in clichéd roles and contexts. They were rarely featured as experts, and they gradually disappeared from the screen after the age of 30.

Together with the four major TV broadcasting groups and film funding organisations, the MaLisa Foundation again initiated a study to measure what has changed since then. In addition to gender and age, the current study, "Diversity and Visibility: Progress Study on Audiovisual Diversity", also looked at the criteria  ‘migration background’/ethnic attribution, sexual orientation and disability in TV and children's TV productions broadcasted in 2020.

The research results for the field of television were presented in Berlin on 5 October 2021. They show that there has been significant progress in some areas, but in others there is still a great need for action in order to achieve a balanced on-screen representation of the population.

The independent study was carried out under the direction of Prof. Dr. Elizabeth Prommer from the Institute for Media Research at the University of Rostock. It was funded by the public broadcasters ARD and ZDF, the private broadcasters ProSiebenSat.1 and RTL Deutschland, as well as the Film- und Medienstiftung NRW, the Medienboard Berlin-Brandenburg, the German Federal Film Board FFA, the FilmFernsehFonds Bayern and the MaLisa Foundation.

The gender distribution continues to be unbalanced:

1. There are still about twice as many men as women on German television. Overall, the gender distribution across all general TV broadcasters and genres is 66 to 34 percent.

2. There are, however, positive developments:

3. There is still a need for action in the following fields:

4. Sexual orientation, ‘migration background’ and attributions of ethnic origin, as well as disability are not as visible in their diversity on screen as they are in the population. 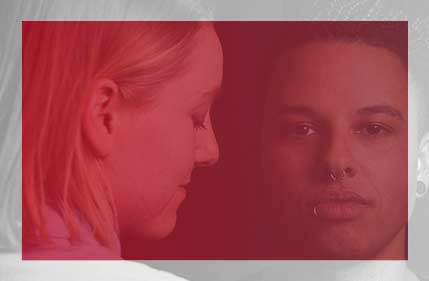 VISIBILITY AND DIVERSITY IN TV

PROGRESS STUDY VISIBILITY AND DIVERSITY ON TV (IN GERMAN)

GRAPHICS FOR THE STUDY (IN ENGLISH)

REPORT OF THE UNIVERSITY OF ROSTOCK ON THE STUDY (IN GERMAN)

PRESS RELEASE ON THE STUDY (IN GERMAN)