Gender Representations and Diversity in Streaming and SVOD Series

So multi-colored and diverse – really?

Which gender images are shown in series of streaming and SVOD providers that are broadcast in Germany? How often are men, women and non-binary persons represented in central roles? How are they portrayed? These are the questions addressed in a study sponsored by the Film- und Medienstiftung NRW, ZDF and the MaLisa Foundation. For the first time, the study takes stock of the current situation, also with regard to representation of ethnic diversity and sexual orientation.

The study “Gender Representations and Diversity in Streaming and SVOD Fictional Serial Content” was conducted by Prof. Dr. Elizabeth Prommer at the Institute for Media Research at the University of Rostock.

For the first time, it provides an analysis of representations regarding gender, sexual orientation and ethnic attribution in the fictional serial productions (SVOD Originals) of the streaming and subscription video on demand platforms operating on the German market.

The analysis covers nearly 200 series from providers such as Netflix, Amazon Prime, Sky and TNT Germany, which were released on the platforms between January 2012 and July 2019. These include both German productions and productions from other countries.

The study was supported by the Film- und Medienstiftung NRW, ZDF (Zweites Deutsches Fernsehen) and the MaLisa Foundation. The results were published on October 22, 2020.

THE RESULTS OF THE STUDY IN DETAIL:

2. With regard to perceived ethnicity, the streaming series are diverse from an overall perspective. In national contexts, the visibility of the majority population prevails.

3. Female characters are also underrepresented in streaming series. Non-binary and other gender identities are hardly ever represented.

4. There is a clear age gap in streaming series – across all countries.

5. In streaming series women are cast along traditional gender images.

7. Streaming series are mainly made by men.

GRAPHICS OF THE STUDY: 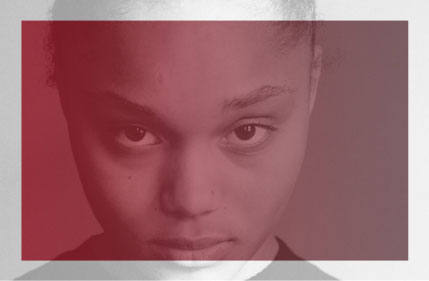 Gender Representations and Diversity in Streaming and SVOD Series

So multi-colored and diverse – really?