PRESENTATION OF RESEARCH RESULTS ON VISIBILITY AND DIVERSITY ON TV 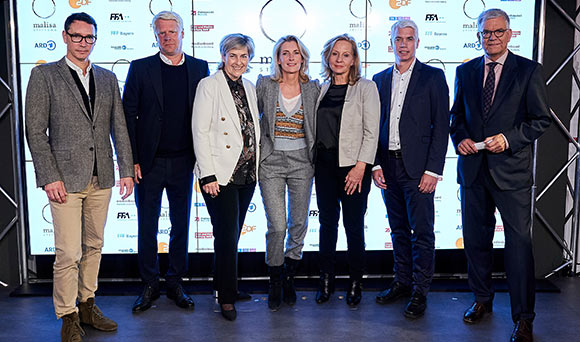 On 5 October, the MaLisa Foundation and its partner institutions published new research results on diversity in German television. The analysis covered the diversity aspects of gender, age, sexual orientation, attribution of origin and disability. Compared to the 2017 study, progress has been made with regard to gender distribution, but the results reveal further need for action for more on screen diversity.

After the first comprehensive study on “Audiovisual diversity” in 2017, Maria and Elisabeth Furtwängler’s MaLisa Foundation, together with the four major TV broadcasting groups and film funding bodies, again launched a study to measure developments in gender representation. In addition, further diversity aspects were taken into account for the current study. The results of the study “Visibility and Diversity: Progress Study on Audiovisual Diversity” with a focus on TV were presented today in Berlin.

The study provides an analysis of the protagonists and main characters in TV and children’s TV productions in 2020 with regard to gender, age, migration background, ethnic attribution, sexual orientation and disability. It was conducted under the direction of Prof. Dr. Elizabeth Prommer from the Institute for Media Research at the University of Rostock. Funding was provided by ARD, ZDF, ProSiebenSat.1 and RTL Deutschland, as well as the Film- und Medienstiftung NRW, the German Federal Film Board (FFA), the FilmFernsehFonds Bayern, the Medienboard Berlin-Brandenburg and the MaLisa Foundation.

Maria and Elisabeth Furtwängler with Director of Studies Prof. Dr. Elizabeth Prommer at the launch of the study on 5 October 2021. © Sascha Radke

The head of the study, Prof. Dr. Elizabeth Prommer, says: “We see that television programming still shows a predominantly white and male world. But: there is progress in individual areas. For example, almost the same number of women and men can be seen in the fictional TV stories. The proportion of protagonists who can be read as people with a migration background, black people or persons of colour is also highest here. These positive developments are most evident in the more recent productions of 2020.”

Maria Furtwängler, co-founder of the MaLisa Foundation, commented on the results: “I am pleased to see that there are positive developments towards more gender equality. At the same time, the study results show that we are still a long way from reaching our goal. For example, the fact that men are still by far outnumber women as experts in informational TV formats – even in professional fields in which women are predominantly active – puzzles me. There is also still a great imbalance in shows and in children’s TV. In terms of other diversity aspects, too, we are not yet as far along as one might think. This makes it all the more important to strengthen existing measures and to initiate further ones in order to better reflect the diversity of our society as a whole.”